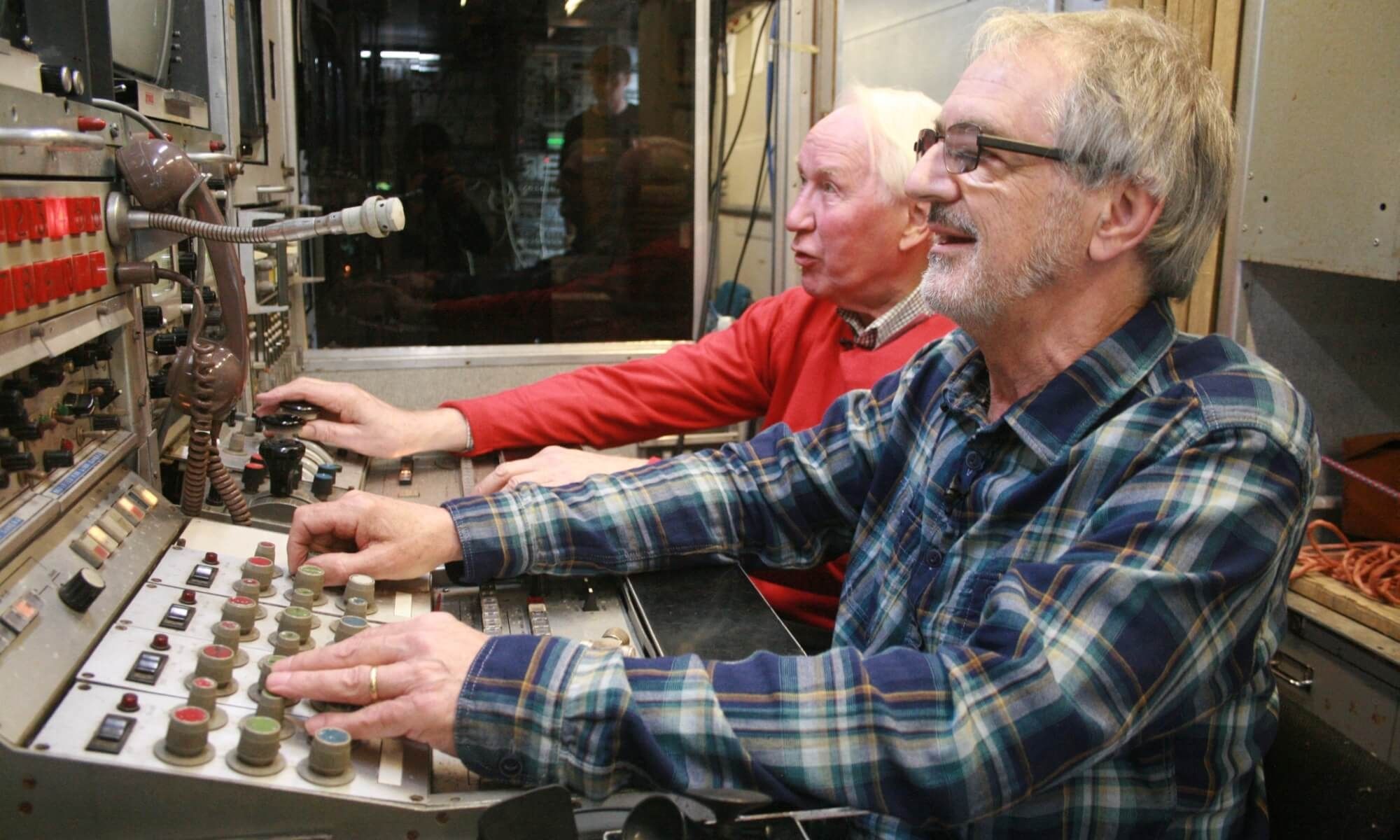 How television used to be made

Television broadcasting began in the 1930s but only became fully digital in the 2010s.

For television’s first 70 years, pictures and sounds were produced using ingenious combinations of mechanical processes and analogue electronics. All of them were broadcast electronically, many of them live.

The two alternative production routes, film and video, each had their strengths and weaknesses.

Video could provide instant live pictures, or could be recorded onto magnetic tape. The electronics involved were bulky, complicated and prone to breakdown, particularly on location.

Videotape was difficult to edit, and was introduced only at the end of the 1950s. Video excelled for events that were broadcast live and for studio based productions.

Film could not be used for live broadcasting as pictures were recorded onto film negative which then had to be developed by a photochemical process. Sound was recorded separately onto tape.

Film was easy to edit. The equipment was lightweight and could be used flexibly for documentary and news purposes. Film required editing time and was expensive to use.